Someone raised this question in church last week being a family weekend in my denomination.
She asked if it’s right for christian couple to do other sex styles apart from the “mummy and daddy ” style and there were mixed reactions from the youth and some of our old school parents.

One elderly woman said, there’s only one way to the door while some young mothers said if both parties agree then it’s fine but I ( representing the youth) was of the opinion that it’s a sin. This didn’t go down well with some of our middle aged mommies until I backed it up with some points..

One of the mommies was like, since they are now married, they own their bodies and can do whatever they like with it but I countered her by asking if such styles glorify God.

I went on to ask where such styles were copied from… Pornography. This dirty styles were not in existence before now and was not practised by our forefathers; even if it was, it was probably during Sodom and Gomorrah and we all know God’s take on their actions. Now bringing to our own time, these styles became popular when pornography took over the internet and most couples practicing it learnt it from pornographic contents ( which is a sin) probably during their worldly days and are now gradually bringing such practice into the church and trying to paint it nice by saying their bodies belong to each other therefore they can do anything.

Pornography where these styles emanated from is a sin and this makes the practice of such styles a sin as it doesn’t give glory to God but the devil. As christians, I believe everything should be done in moderation and to the glory of God.

Remember, your body is the temple of the holy spirit. So, do not use worldly practices and fetishes to defile your bodies.

What you guys think? 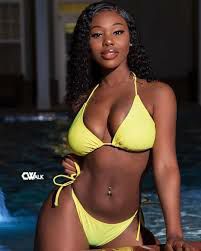